A thing that includes one or more indefinite dimensions as part of its design can be considered a product under s 6(3).

A claim for indefinite dimensions is typically aimed at the length and/or width of the product. These are represented using break lines, and it should be obvious that this is the purpose of the lines and not as visual features of the design. Break lines are displayed using a single or double line including a jagged, sinusoidal or zigzag feature.

Examples of different products that include claims for indefinite dimensions, shown using break lines, are provided further on.

The design of a product with one or more indefinite dimensions is capable of being protected as long as one of the following categories contained in s 6(3) applies:

Things with indefinite dimensions can include:

Background and history for designs with indefinite dimensions

Background to the concept of indefinite dimensions can be found in the Designs Australian Law Reform Commission (ALRC) Report 74. Some relevant details from this report have been reproduced below.

The ALRC agreed with this submission and all elements above were included in a new and more specific provision identifying what is protectable where there are one or more indefinite dimensions.

A design application must include any indefinite dimension(s) in a clear and readily understandable manner; see s 7(15) Designs Formal Requirements Instrument.

Where an application is submitted that claims a thing of indefinite dimension(s), and there is uncertainty as to:

The formalities officer may query the representations with the applicant, asking for further information or an indication from the applicant as to which s 6(3) scenario the application fits into.

The design of a product with one indefinite dimension, for example varying length but with the same cross section throughout, should be able to be protected.

Practically speaking the provisions of s 6(3) were drafted to cover a range of situations, such as:

10.9A. Design either is fixed or varies according to a regular pattern

This category includes for example: 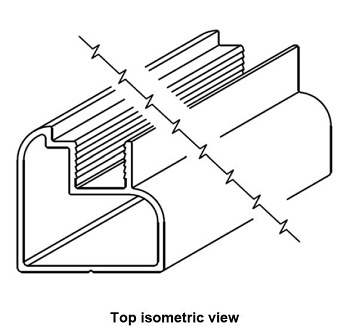 The cross-section across the indefinite dimension (length) is limited to a fixed shape.

Example: indefinite dimension applies to part of product only (Design 201912617) 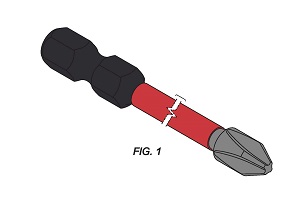 Only the shank is of indefinite length. It expands in size from what is shown in the representation (becoming longer).

Example: Design varies according to a regular pattern (Design 200912161) 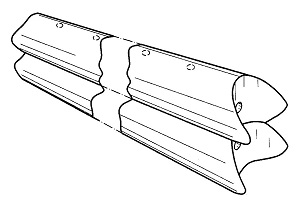 10.9B. All dimensions remain in proportion

The category refers to ‘all’ dimensions, so the item must have more than one dimension. It excludes a single indefinite dimension. 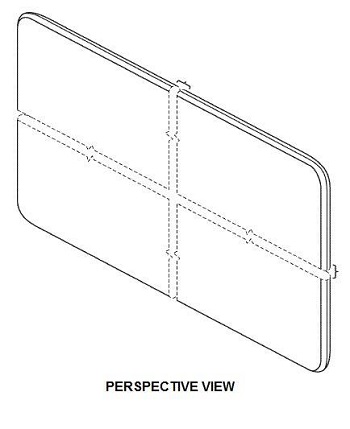 The representation is interpreted as expanding and contracting proportionately. The product has an indefinite width and height, but these vary in proportion. This means that whilst the product may vary in size, the shape and configuration seen above must be retained.

The representation should be interpreted in a manner that gives validity (i.e. that the marked dimensions expand and contract in a corresponding manner) unless there are clear issues with that interpretation or uncertainty as to what is being claimed. Where there is uncertainty as to what visual features expand and contract, and what the line detail included in a representation (such as a break line) signifies, this should be queried.   ​​​​​​​

10.9C. Cross-sectional shape is the same throughout

A product design with indefinite dimensions should be able to be registered as long as the cross-sectional shape is the same throughout.

This category would include, for example, a tube where the cross-sectional shape remains the same but the width and height of the tube vary along its length.

There is no requirement for a repetitive pattern along the length (unlike where a cross-section taken across any indefinite dimension is fixed or varies according to a regular pattern). This category does not apply to extrusions where there are holes or something similar along the length of the extrusion.

Because there is no repetition along the indefinite length, there is no relevant pattern or ornamentation in that dimension. So the newness and distinctiveness must be found in the cross-sectional shape.

Example: cross-section oval shape remains the same throughout, whilst the dimensions along the indefinite length vary according to a series of ratios (Design 201415834) 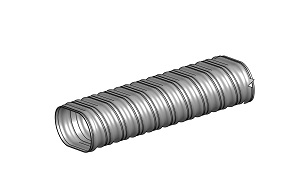 10.9D. Pattern or ornamentation that repeats itself

A product design with indefinite dimensions should be able to be registered as long as it has a pattern or ornamentation that repeats itself.

This category typically includes textiles and other sheet materials that have repeated surface decorations. For an item to be placed into this category, the representations must show at least one pattern repeat.

There are some issues involved in classifying items into this category:

Example: Product with indefinite height and width but with repeating pattern (Design 201911211) 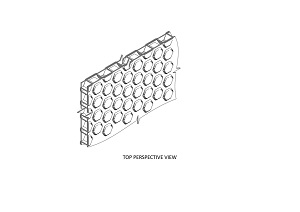 ​​​​​​​This representation shows indefinite height and width, with a repeating pattern in both directions. The claimed pattern or ornamentation is intended to repeat when applied to the full dimensions of the product bearing the design. The representation(s) must show at least one pattern repeat for this to apply.

An examiner will assess what attention a familiar person / informed user would pay to dimensions that are claimed as being indefinite. An indication of indefiniteness, including both size and inclusion of visual features should itself not equate to a determination of newness and distinctiveness. Indefinite dimensions and indefinitely repeating patterns are not considered visual features. The design as a whole needs to be considered as part of determining overall impression.

Where a representation purports to indicate indefiniteness, but the registration does not fit within the criteria of s 6(3), the thing is still a product capable of registration. However, the representation must be interpreted on the basis of the relevant dimension(s) not being indefinite.