Device trade marks were among the first signs used to indicate trade origin and there are many famous and well-known trade marks that continue to take this form. However, pictorial signs that are common to the trade are not capable of distinguishing a trader's goods or services in the marketplace.

The starting point for assessing the capacity of a device mark to distinguish the applicant’s goods or services is the general test of distinctiveness laid down by the High Court in Cantarella Bros Pty Ltd v Modena Trading Pty Ltd (2014) 254 CLR 337. Although that case dealt specifically with the registrability of foreign words, it provides general guidance that can and must be applied to other types of trade mark. The first step of the enquiry is to determine the “ordinary signification” of the device. This is to be determined by reference to the “target audience” of the goods and services. Once that signification has been determined, the second step is to enquire as to the likelihood of other traders wanting to use that device or some deceptively similar variant for the sake of that signification.

A device which is an ordinary depiction of the goods upon which, or in connection with which, it will be used is generally not prima facie capable of distinguishing.  For example, the ordinary signification of picture of a wheelbarrow is “this is a wheelbarrow”. Hence an imageof a wheelbarrow for wheelbarrows would not be prima facie capable of distinguishing any one trader's wheelbarrows in the marketplace. In Solo Industries Pty Ltd [2019] ATMO 136, the Hearing Officer considered that the mark below, which was sought to be registered in relation to ‘lawn edger blades’, was ‘an illustration of the Designated Goods arranged in a manner that achieves a four-fold cutting action’, and that this was ‘an illustration which a trader might, without any improper motive, want to use to depict their own similar goods’. It thus fell to be considered under s 41(3).​​​​​​​

A trade mark which consists solely of a device which is common to the trade will be considered to have insufficient inherent adaptation to distinguish unless it is depicted in a special or fanciful manner. For example, an ordinary representation of grapes and vine leaves for wine would not be considered capable of distinguishing one trader's wine from that of another. Other examples of devices common to the trade are cats and dogs for pet food, orchard scenes for fruit, pictures of aeroplanes for travel services, pictures of dogs for kennel services and simple depictions of a knife and fork for restaurant/catering services. For the consumer such pictures ordinarily signify the kind or intended purpose of goods and services (Note 1 to s 41(4)).

25.2 Representations that signify the qualities or characteristics of goods/services

Some devices are commonly used and understood to convey information about the properties or characteristics of goods or services. Examples include an image of a skull and crossbones to indicate that a product or substance is poisonous, an image of a lightning flash to indicate the presence of electrical apparatus or an electrical hazard, as well as symbols such as the recycling symbol and the trefoil radiation symbol, depicted below left and below right, respectively.

Devices of this kind, sometimes referred to as ‘universal symbols’, will generally not be prima facie capable of distinguishing, at least when they are represented in a normal fashion and used in their ordinary or expected context. The recycling symbol is likely to be problematic for most goods, since its ordinary signification is that goods are recyclable and hence this symbol is a device that other traders might want to use in relation to a very wide range of products. However, where the use of a universal symbol is obviously fanciful, such as the use of the radiation symbol in relation to beer, the mark is likely to be treated as prima facie capable of distinguishing. It should, however, be noted that the use of some universal symbols, including the radiation symbol, is regulated by statute and a mark will not be registrable where its use would be contrary to law. For more information see here.

Devices which are indicative of geographic origin are generally not prima facie capable of distinguishing. For example, a map of a country will generally signify the geographical origin of goods or services. Similarly, the conventional depiction of a national symbol of a country will ordinarily be taken to signify the origin of the goods or where services are provided and hence would not be considered capable of distinguishing those goods or services. Thus the ordinary signification of a conventional depiction of a kangaroo applied to goods would likely be that the goods are Australian owned or made. Similarly, an ordinary representation of the New Zealand bird known as a Kiwi could indicate a geographic connection with New Zealand and be the basis for raising an objection.

However, an unusual representation of a national symbol could be considered unique enough to be prima facie capable of distinguishing. In Brandella Pty Ltd's Appn (1987) 9 IPR 315 at 318 the Registrar's delegate said:

25.4 Devices that provide both a representation of the goods and an indication of geographical origin

Trade marks which consist of multiple elements are always to be assessed as a whole on a case-by-by-case basis. Nevertheless, the combination of a device that provides an indication of geographic origin with a device that provides an ordinary depiction of the goods or is common to the trade will not necessarily be sufficient to render the mark prima facie capable of distinguishing. For example, in National Software Pty Ltd [1991] ATMO 63 the applicant applied to register the following mark for ‘computer software; computers, computer discs and magnetic recording tapes’:

Consisting as it does of a representation of goods included in the specification surrounded by the outline of the map of Australia, the subject mark is markedly lacking in inherent adaptation to distinguish the applicant's goods.

Line drawings of simple geometric figures such as circles, rectangles, squares or triangles will generally not signify trade source to consumers and other traders should be free to use such devices in relation to their goods and services. Consequently, in the following decisions, Hearing Officers considered the marks below not to be prima facie capable of distinguishing:

​​​​​​​In contrast, combinations of geometric shapes, even when presented in a relatively simple manner, will likely have sufficient inherent adaptation to distinguish to allow them to proceed to acceptance. The following are illustrative examples of marks that are unique enough to be prima facie capable of distinguishing: 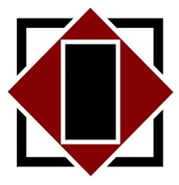 Particular considerations can apply to star devices as these can also function as an indication of quality (see Note 1 to s 41(4)). As such, there may be a higher likelihood that other traders will wish to use star devices for their ordinary signification.

Markings, lines, threads and stitching on goods can indicate trade origin and some marks of this kind were registered under the 1955 Act and before. In general, however, markings, lines and the like will not ordinarily signify the trade origin of goods to consumers until they have been educated to understand that the device in question functions as a trade mark. Instead, such signs are more likely to be understood as being decorative features (for example, the piping on the pockets of the breeches in Ariat International, Inc [2015] ATMO 111, or the pattern on the strap of a flip-flop in Specialty Fashion Group Ltd v Alpargatas SA [2015] ATMO 100) or serving a functional purpose (for example, the stitching on the lampshade in Reid [2017] ATMO 144). Indeed,. these signs may have a very low level of inherent adaptation to distinguish and would therefore need to show a very high level of evidence of use, intended use, and/or any other circumstances in order to be accepted.  In some cases it may be considered that the trade mark has no inherent adaptation to distinguish and the applicant would therefore need to show sufficient evidence that the trade mark did distinguish the applicant's goods or services, at the date of filing.

Portraits, pictures and images of people are generally prima facie capable of distinguishing.

If however the image represented in the trade mark is of a well-known person (or group of people), and the well-known person (or group of people) is not the applicant, consideration should be given to section 43 of the Act, which considers whether use of the trade mark in relation to the goods or services is likely to deceive or cause confusion. For more information in relation to images of persons and section 43 see:

Barcodes are machine-readable representations of data. They include linear (one-dimensional) barcodes as well as two-dimensional barcodes. 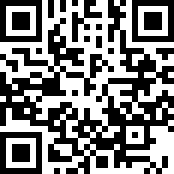 Barcodes should be considered in relation to whether other traders are likely in the ordinary course of their business and without any improper motive, to desire to use them, or something so similar to them, upon or in connection with their goods or services. As such a trade mark which consists entirely of a simple barcode is unlikely to be prima facie capable of distinguishing. For example, in GS1 Australia Ltd [2012] ATMO 123, the Hearing Officer considered that a barcode with 13 numerals below it was not prima facie capable of distinguishing the applicant’s supply chain management, data synchronisation and bar coding services. In contrast a trade mark which contains a barcode along with other material would need to be considered as a whole, in a similar manner to other composite trade marks.